The Masonic Order of Athelstan in England, Wales and its Provinces Overseas
Province of Lindsey 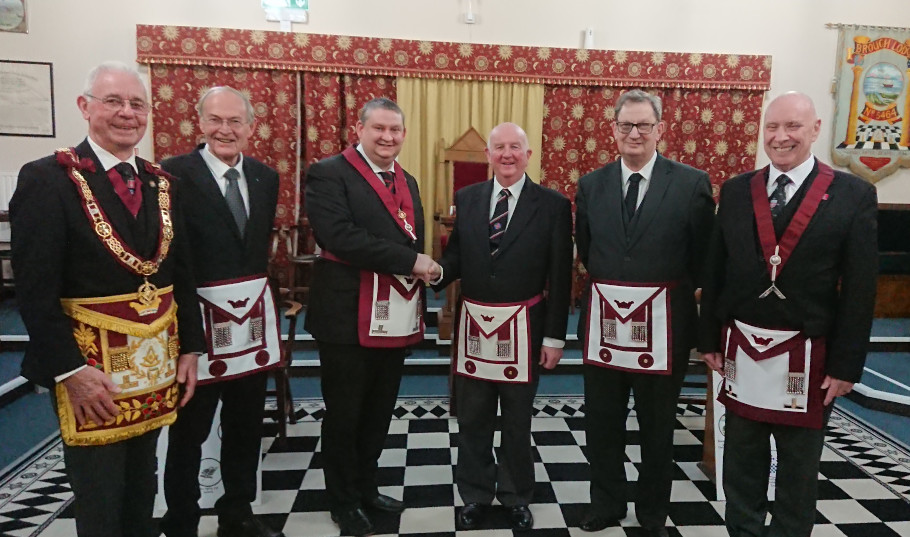 At Cildru Court No. 134, a first took place on Saturday 12th February. Three candidates were Instructed in to the order, nothing unusual there I hear you say, however, the highlight was that a Son instructed his Father to be his “Brother”.

W. Bro. Mark Richardson VR KAG obligated his father Alan Richardson to be a Court Master Mason. And it was even more of an occasion and unusual in that it was conducted in front of the Provincial Grand Master and his active officers who were visiting. This was the first outing of the Provincial Team since the lockdowns ended. Following the ceremony W Bro Mark Richardson VR KAG (the son) said, “it meant a lot to me, having proposed and now Instructing my father into this special order”. He continued to say that he’s “very much looking forward to taking Bro Alan Richardson to Provincial Court in Wetherby and the Grand Court meeting in Leicester”. The other candidates for Instruction were Bro Alan Hardwick (Alan’s long standing friend) and Jackie Chapman, seemed suitably impressed by the ceremony and the conviviality of the festive board after.